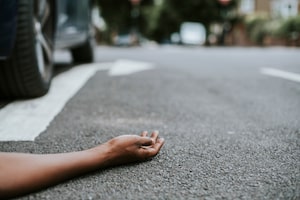 After years of decline, motor vehicle accidents involving pedestrians are on the rise once again. In its most recent national study, the National Highway Traffic Safety Administration (NHTSA) found that 5,987 pedestrians lost their lives in U.S. traffic accidents in 2016, an increase of more than 600 fatalities from one year prior, and nearly 1,700 more than in 2010.

The NHTSA report showed that 16 percent of all people killed in traffic crashes were pedestrians and that 70 percent of those fatalities occurred in non-intersection accidents, including sidewalks, bike lanes, medians, parking lanes, and other areas. While exact pedestrian injury statistics are unknown because many pedestrian accidents go unreported, the NHTSA estimated there were 70,000 total pedestrian injuries during 2015.

Why are we seeing an increase in pedestrian injuries? Here are some of the common causes of pedestrian accidents:

When including both drivers and pedestrians, alcohol consumption is a contributing factor in nearly half of all fatal pedestrian crashes. If you are hit by a drunk driver as a pedestrian, DUI is considered a negligent action, and you may be able to recover damages from the driver, including medical expenses, lost wages, and pain and suffering.

Despite law enforcement’s best efforts to curb texting while driving, the rise in smartphone use and unlimited data plans has created even more danger. Drivers and pedestrians alike often check their social media accounts, email, or news and entertainment sites instead of focusing on where they are going. Texting, browsing, or other uses of electronic devices while behind the wheel at the time of an accident is an act of negligence, and texts can be used as evidence against the driver at trial.

In its 2015 analysis of pedestrian accidents, the NHTSA found that 26 percent of fatalities occurred between the twilight-to-darkness hours of 6:00 p.m. and 9:00 p.m., with 8:00 p.m. to 9:00 p.m. being the single most deadly hour. While pedestrians should wear bright colors while walking at night for safety reasons, they are not legally obligated to do so, and it is still up to the driver to be aware of people who are on foot and avoid them.

Drivers are expected to yield the right of way to pedestrians crossing a street within a crosswalk. Their failure to do so is sometimes tied to one of the aforementioned causes, or it may simply be because of driver error. If a pedestrian’s method of crossing the street is shown to have somehow contributed to the accident, it may impact potential compensation.

If you are a pedestrian who was hit and injured by a negligent driver, Goldberg Sager & Associates will work with you to pursue compensation for any physical, emotional and financial hardship you have experienced. Contact our Brooklyn pedestrian accident attorneys at 718-514-9516 for a free consultation.