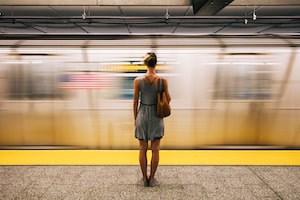 It is no surprise the New York City Metropolitan Transportation Authority’s 2017 annual report listed the declining performance of the city’s aging subway system as its single greatest challenge. Opened in 1904, portions of the 665 miles of mainline track and the trains that traverse them are in a critical state of disrepair, and some signals date back to the 1920s.

New York Governor Andrew Cuomo has declared the system to be in a state of emergency. With 5.5 million riders each year, subway accidents that result in injury happen regularly. Here are some of the most common causes of subway accidents, which can result in serious sprains, broken bones, concussions, lacerations, and other injuries:

Slipping or tripping and falling is the most common cause of injuries in the New York subway system. Improperly maintained turnstiles, stairs, and escalators all increase the risk of trips and slips, as do poorly lit areas and slippery floors and steps.

While transportation officials and subway operators cope with failing equipment, a new trend has increased an already present danger. More people are finding their way onto the tracks – many are intoxicated or urinating homeless people, others are people attempting suicide, and some are passengers who accidentally drop a personal item off the platform. In any case, when an operator brakes quickly to avoid hitting someone on the tracks, it can throw riders forward with significant force, causing injuries.

While the Transportation Authority has stepped up its efforts to inspect all subway train doors, they still can still present a danger, whether by malfunction or operator negligence if the doors are closed too quickly. Instances in which a person’s limb or bag gets caught in a door can end in catastrophe.

While these incidents are rare, when they do occur, there is an extreme risk of injury. In 2017, two cars jumped the tracks in Upper Manhattan and injured 34 people, 17 of whom were sent to the hospital for medical treatment. To illustrate the emotional impact of the event, one rider on that train said, “I really don’t want to get back on a train.”

If you were injured anywhere in the NYC subway system, call a New York City personal injury attorney at Goldberg Sager & Associates. We can help determine whether negligence was involved in your case and pursue justified compensation for medical bills, lost wages, and pain and suffering. Call our office at 718-514-9516 to set up a free consultation today.