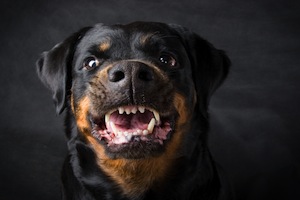 An analysis by the New York City Economic Development Corporation found there were more than 600,000 dogs in NYC. With that many canines, including many which can be found in compact outdoor areas jockeying for space to relieve themselves, dog bites are bound to occur. With over 52 million dogs in the U.S., the Centers for Disease Control and Prevention (CDC) says there are around 800,000 dog bites every year that necessitate medical treatment, with 334,000 that result in hospitalization. More than half of all bite victims are children, and the CDC says dog attacks are a bigger threat to that age group than measles, mumps, and whooping cough combined, as well as bike, playground, skateboard, moped, and all-terrain vehicle accidents.

The New York Agriculture and Markets Law identifies a dangerous dog as one which attacks a person or animal without justification and causes injury or death, or that behaves in a way perceived to indicate an imminent threat of serious injury. An attack victim may file a complaint to animal control or the police of their municipality. A dog may be seized after a hearing, and if found to be dangerous, it may be subject to confinement or euthanasia.

If a dog is determined to be dangerous, the dog owner can be found liable for medical costs related to the dog bite or bites. To pursue compensation for further damages, the victim must show the owner was negligent in that they failed in their duty to protect the public by properly restraining or controlling the canine.

A dog owner who negligently allows their dog to bite and seriously injure a person or animal can be fined up to $1,500, which may be reduced by an amount paid as restitution to the victim for medical costs, lost wages, or other damages. If the dog was previously found to be dangerous, failure to prevent a dog attack is a misdemeanor punishable by up to $3,000 in fines and 90 days of incarceration.

Serious dog bites can require a victim to undergo surgery, significant recovery time, rehabilitation, and counseling for emotional distress. To prove a dog is dangerous, and to hold the animal’s owner accountable for your injuries or those sustained by a loved one, entrust Goldberg Sager & Associates to handle your case. Call our New York City personal injury lawyers at 718-514-9516 for a free consultation.