Search Site
Menu
Home / Blog / Can You Sue Over a Dog Bite Injury in New York? It Depends.

Can You Sue Over a Dog Bite Injury in New York? It Depends.

You might assume that if you are ever bitten by a dog, you will be able to file a claim against its owner to recover damages. But in New York, your ability to receive compensation and the type of compensation you receive depend on the circumstances — including the dog’s possible vicious tendencies and the owner’s knowledge of them. 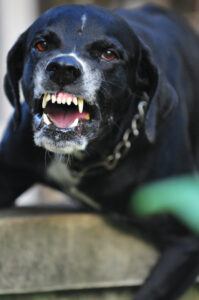 New York law generally follows the “one bite” rule, which means a dog owner will not be held liable for injuries to others if, to the owner’s knowledge, the dog had not bitten before. However, if the victim can prove that the dog had vicious tendencies that the owner knew or should have known about, then the owner is strictly liable for the victim’s medical costs. To recover further damages, such as pain and suffering or emotional trauma, the victim needs to prove the owner was negligent by not keeping the dog restrained.

The key to recovering damages in most dog bite cases is proving that the owner had knowledge of the dog’s prior aggressive behavior. Courts often conclude that an owner knew or should have known of such behavior when:

Dog owners under certain circumstances may not bear any liability for an attack:

Goldberg Sager & Associates has successfully handled personal injury cases on behalf of dog bite victims throughout New York City. If you or a family member have been attacked, we’ll investigate the animal’s history and pursue all legal remedies available. Please call our Brooklyn office at 718-514-9516 or contact us online to speak with a lawyer today.