Can a Child’s Preference Influence Custody and Visitation Schedules? 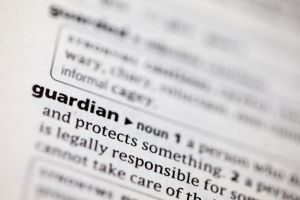 New York family courts encourage divorcing or separating parents to work out custody and visitation schedules themselves whenever possible. But doing so requires a level of cooperation that many parents simply cannot muster, particularly when the children are mature enough to have a say in the arrangements. Children may express a preference for living with one parent or the other and/or to visit the non-custodial parent less or more frequently. If the dispute ends up in a judge’s hands, how do the child’s preferences affect the outcome?

In New York, as in most states, judges can consider the child’s preferences on custody and visitation but ultimately the judge is bound to base the decision on what is in the best interests of the child. Judges have wide latitude and will consider numerous factors, such as the physical and mental health of each parent, the environment in each household and where the child’s siblings live.

The child’s preferences can be factored in if the judge deems them relevant. The child’s wishes can be assessed by appointing a custody evaluator or by conducting a private interview in the judge’s chambers. Moreover, the judge can scrutinize the child’s stated reasons for preferring one parent over the other. For example, a child might want to spend more time with a parent who doesn’t discipline the child or set boundaries on their behavior. The judge could decide that it wouldn’t be in the child’s best interest to spend a great deal of time with that parent.

Once a visitation and custody arrangement is made, it must be followed until the child reaches 18 unless it is modified with court approval. When kids are young, judges normally require the custodial parent to ensure that visits with the other parent occur. But as children get older, they often begin expressing their own feelings and opinions about the arrangement. For example, a teenager who spends most of his time at mom’s house might come to resent visiting dad because going to dad’s house disrupts the teen’s social life. The teen might start trying to reduce the time spent at dad’s house or even refuse to visit him at all.

In these circumstances, it is difficult to compel visitation. After all, judges cannot really sanction a teenager for refusing visits, and sanctioning the custodial parent doesn’t make sense when it is the teen’s refusal causing the issue. Some child custody and visitation orders have built-in dispute resolution methods to deal with these situations. Divorcing parents may want to speak with their attorneys on how to create such a method.

Goldberg Sager & Associates assists New Yorkers with visitation and custody issues. Whether you are seeking an initial custody order or a modification of an existing order, or you are having difficulties with a parent or child refusing visitation, our Brooklyn lawyers are here to help. Please call 718-514-9516 or contact us online to speak with an attorney today.