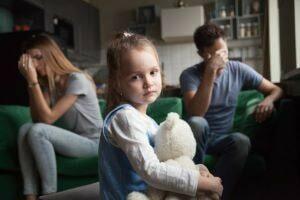 Child custody can be an emotional and contentious aspect of a divorce case. However, the parents’ preferences or objections are not what determine the custody decision. The court will focus on what is in the best interests of the child. There is no statutory definition of the term “best interests” in New York. Rather, there are specific factors that a judge will take into consideration.

The best-interests standard is used to determine two types of child custody. Physical custody, also known as residential custody, refers to where the child lives and who will be their primary caretaker. Legal custody means who has the authority to make decisions regarding the child’s education, healthcare and religious upbringing.

Factors a court will consider when determining the best interests of a child include:

Physical child custody may be shared between the parents, with one of them granted primary placement and the other granted visitation. Courts rarely deny a parent visitation unless the child’s welfare would be in danger by spending time with that parent. In such cases, a court will consider whether supervised visitation would be an appropriate solution.

Goldberg Sager & Associates provides knowledgeable counsel for child custody matters in New York. Call 718-514-9516 or contact us online to schedule a consultation at our Brooklyn office.